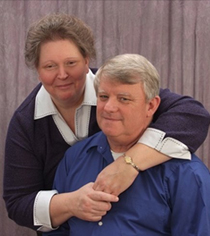 Bro. & Sister Rogers met in Huntsville Alabama. They were joined together in marriage by Bro. Overton. They attended service on their wedding night. Bro. Rogers was in the military and was transferred to Washington, DC for the next 10 years. Under Pastor James Kelley and Pastor John Harris, Bro Rogers received his call to Toney, Alabama. Pastor Rogers and family moved from Dale City, Va. in 1989 to plant the new church. They founded Apostolic Truth United Pentecostal Church of Toney, Alabama on December 2nd 1990. The first service was in the Pastors house where he built a sanctuary in his homes garage.

They conducted services in their home for 18 Months, and then moved to 4 different storefronts over the next 5 years. The current property was donated to the church on Dec 22, 1995 by a local businessman. The current building was dedicated in 2001.

Bro. Daniel Lee Rogers, age 59, passed away on Tuesday, May 6, 2014. Bro. Rogers was a veteran of the U.S. Army and employed with civil service. Bro. Rogers is loved and missed. 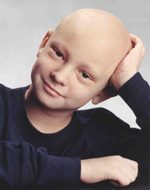 In Memory of a Fallen Soldier

Daniel was in the battle for his life from June 26, 2000 through June 27 2004. Daniel was heaven bound. He was baptized in Jesus name on January 1, 2000 and filled with the Holy Ghost that same night. Daniel’s battle with cancer was long and hard. In the 4 years that he battled he only once asked “Why did I have to have cancer?” In all of his painful moments he cried out to God for healing and relief.

Daniel was a warrior for the Lord. Daniel’s favorite scripture was Proverbs 3:5-6. He fulfilled that scripture by trusting in the Lord with all of his heart. In our loss of Daniel and heaven’s gain we need not to weep but rejoice, for Daniel is home now. He has seen Jesus face to face and his pain and sorrow is over.

We may have lost this battle for Daniel’s life but now is the time to prepare for war. Let us go to God and His Word and recover the

faith that was once delivered unto the saints (Jude 1:3). Let us not lose another fellow soldier to sickness or disease. Let’s recover the power of the healer and bring deliverance to the sick and dying. Let’s win the next battle for Daniel’s sake.

Trust in the LORD with all thine heart; and lean not unto thine own understanding. In all thy ways acknowledge him, and he shall direct thy paths. Proverbs 3:5-6